The Big Disconnect between R&D and Manufacturing – what’s going on?

The lack of harmonization between R&D and Manufacturing is getting worse – but what is the cause? 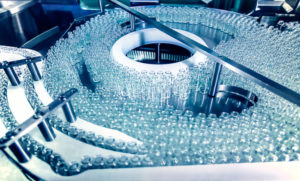 From the conversations I’ve been having with Vice Presidents of Regulatory, Directors of Quality & Heads of Mfg – there’s clearly a wide gulf between the folks who design & build products (and) those in Manufacturing. Whether it’s Pharmaceuticals or Medical Devices – there’s a serious problem.

Here’s what I’ve heard over the past two weeks:

“Our Manufacturing Vendor has a habit of charging us extra for non-routine activities; and if we dispute them, then production is halted until the issue is resolved. When you add up what we lose due to these unexpected fees – plus opportunity costs because production is halted – it can run into millions of dollars in losses…”

“Due to differences in perception of FDA Comments – regarding mandatory testing being performed in Manufacturing – we endure countless delays with back & forth communications until we decide whose interpretation is correct. These delays can last weeks or months, and we absorb all the costs!”

Whether your company manufactures their products in-house – or works with a CMO Vendor – if the relationship with R&D isn’t harmonized, then it ends up being very costly. Companies lose market share, they experience reduced profits and ever decreasing customer satisfaction with their products.

This isn’t sustainable over the long haul.

So, what is the cause for this?

After polling our team of Regulatory, Engineering, Quality and Process Experts – here’s the list of the most common root cause(s) for Manufacturing Pain.

Lack of harmonization with R&D.

Thorough Design Transfer is #1 in many ways. There are many pitfalls in transferring design to manufacturing – not just with the specifications, but the skills also have to be transferred. The Magic Hands that built prototypes no longer exist. Also, it may seem minor but the basic issue of clear communications is sometimes overlooked when companies seek cost savings by establishing plants in Asia and elsewhere with ESL.

Placing an R&D Engineer at the plant full time (who speaks both languages fluently) is a must.

A recent example we’ve seen is the GUI’s (graphical user interface) manufacturing instructions were all written in Spanish. So, when changes were made in Spanish, our R&D Engineers in the US didn’t understand (and using Google translate is not an acceptable form of translation). This is just an example of an agreement to ensure all sustaining manufacturing changes are translated to English by the change owner.

For equipment used in R&D buildings, Gage R&R’s may prove equivalency to the identical equipment used in manufacturing; but there are so many subtle issues with conducting tests (and using the equipment) that the Key Issue is Training. It must be provided across the board, so everyone is on the same page.

Companies always seem to yield to conducting process validation in parallel with V&V, but the challenge is justifying production equivalency for Design Validation units. This is a Huge Pain Point.

It’s easier said than done, but it reduces the amount of production equivalency justification.

If you have questions regarding potential gaps in your R&D to Manufacturing processes – Contact Us today.

Would you like to verify whether your Quality Processes are up to speed? Use our Quality Questionnaire.

*Note: much thanks to Michael Moriarty for his extensive input to this article.